Percentage of immigrants in the world

Percentage of immigrants in the world

Approximately 1 out of 10 people who live in developed countries are immigrants, and nearly one percent of the population living in developing countries is an immigrant.  Such figures are important but are not as much as many people perceive, and definitely, do not condone situations for media headlines on “mass influxes”. The major reason for economic immigrants is that they needed to work in industry and services. Unskilled Workers without papers are considered as a problem; which is a result of the economic structures and immigration policies of developed countries. Because there is a big demand for such labors in construction, developing and services, the result is an influx of people who are without papers and working in informal sectors.

At present, there is a growing awareness that mutually demographic and economic issues make migrant workers a requirement for countries in the North. Current politics initiatives, mostly in Germany and the UK, are opening up a debate on these sorts of topics. In these circumstances, forced immigrants do not present major economic and social issues for host countries. The statistics are comparatively minor. Even though numbers increase and decrease, immigrant numbers are at the lowest now.  Most of the refugees take up residence in the south, and the others that come cannot be seen as a serious burden for wealthy Northern countries. Certainly, most refugees do enter the labor market and frequently provide helpful skills.

In spite of these facts, immigration is viewed as critical because it is a sign of the demise of nation-state sovereignty in the era of globalization. It is getting more and more difficult for states to manage their borders, as flows of investments, deals, and intellectual properties are inextricably connected with the inter actions of people. It is the communities who feel insecure in their by economic security and reorganize that social service cuts are usually made because of immigration, and they are the most vocal against immigrants.  In many cities, immigrants symbolize extreme changes in economy, culture, and society due to the visible presence of immigrants.

Discussion about the “immigration disasters” seems to have two sources. First is the handling of widespread popular fears about globalization to construct right-wing parties and actions. This can be considered as a conformist-nationalist form of anti-immigration mobilization. Further source is the tendency to of security issues caused by of immigrants, which has gained more impetus in the aftermath of September 11 attacks in the United States. This can be considered as a neo-liberal form of anti-immigration mobilization, connected to the United Nations argument against “rogue states” and fundamentalism. 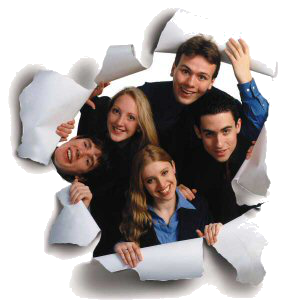